Just a few things really, myself and a friend started on this game Friday evening, I’m PS5 and he’s currently PS4 in co op online mode.

It is fantastic, and I feel it has so much potential. I’ve never played it before and I’d say he’s had a look at it but never properly sank his teeth in to it so to speak.

Personally I feel that there’s not enough on the islands to accommodate both players for example coconuts not regrowing, trees not regrowing, on the first island and we’ve ran out of palm trees so are having to venture elsewhere to find leaves for the water. Currently exploring a second island and had to build a shelter and fire pit.

Would developers be open to adding a let’s say “easy” mode where your watch / heart / food / water / spk is double what it is from when you currently start. I guess this ties in with the above paragraph where I feel there’s not enough resources for two players, constantly having to top up on water, looking at your watch every five minutes. Also for older players like myself 34 friend 40 who just want to relax a bit more than keep an eye on the watch.

Do you think this game would get a graphic / frame rate update for PS5?

These are just a few thoughts after three days in to what seems to be a wonderful game. Thanks.

My friend messaged me this afternoon with the following information.

He played in single mode last night and in real time half an hour on the first island he had, water made, shelter, fire, and bird snare, on top of everything full on the watch.

In real time 8 hours, it’s taken us playing co op together to build, water, shelter, fire and bird snare on one island and on a second, shelter and fire only.

He also thinks health goes down a lot quicker in multi player co op mode. Potentially due to resources for two players.

Both of us coming to the thinking that the developers have just added co op multiplayer mode but not taken in to the account the resources needed for two players to survive.

food water feels like it drains faster in online mode. i will play online in solo mode to get a base started prior to bringing a friend in and notice the difference vs playing offline.

Got to day 7 heading back from one island, got back to the main island and we couldn’t really interact with anything.

We could use a few items such as the rafts paddle, could take it off the raft and re attach it.

We could interact with a few objects such as a rock and sticks but to do this we had to pretty much walk on top of the object holding down R3 button so the character looks down until it wont go down any further, this way we could interact with objects. Video below, its a link set to private via youtube so anyone with the link can view it.

I don’t know if this has anything to do with it or if we were on day six at the time but we had killed two big crabs, skinned them. Killed a boar, skinned it to get the rawhide. Made 4 lashings. Bought back palm fronds, fibrous leaves, rocks, engine parts, large meat.

We’ve let the game play out a bit and an extra day has gone by and still cant interact with the shelter to save, so we will eventually die. Funnily enough just died while typing this. No point in re loading the save and carrying on because we are gonna get to this point where it glitches again I guess.
Said I died after 9 days and my friend died after 8 days, but we have done the same amount together. 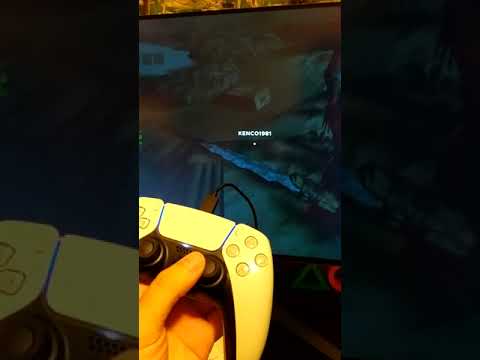 Thank you for your feedback regarding resources and meters draining quickly, particularly in multiplayer mode. I shall pass this onto the team for their consideration.

With regards to your last message, this is an issue the team is aware of. You may have already seen it, but I have a post on it here: [Known Issue][PS4/XB1] Loss of interactions - I updated this earlier today as the team believe they may have found the cause of the issue and are working on resolving it.

Please let me know if, before the interaction issue occured, did you…

I’ve also moved your post to the Bug Reports section. I know it has suggestions and general feedback in it too, but I want to keep track of it there if that’s ok?

Hi Clare. Thanks for the reply and thanks for moving the thread to the correct part.

Yes from looking around on the forums and also having a browse on Reddit it seems it’s very common or indeed that everyone is in the same situation regarding resources and meters draining quickly playing co op mode.

I have indeed seen the loss of interactions and appreciate the updates and great to see the team are aware and working on a fix.

We only travelled to another island but being new to the game we don’t really know what is “larger” in terms of islands, the two we travelled two we only saw two giant crabs and a boar on both islands.

We didn’t see any snakes on our travels.

As for loosing any hunted creatures through sand, I don’t think so. I’ll add more to this once I speak to my friend if he’s got anything else to add etc.

Hi Clare. After speaking with my friend he’s in agreement that we’ve covered it all other than him getting disconnected from me the host a small number of times randomly so we have had to back out to the menus and reload. It’s not an internet connection issue as we both stay online.

Other than that there’s not much more we can add.

Thanks for following up leighdegree. I’ve another report on the connection issues that I’m investigating and I’ll make a note that you are experiencing connections issues too.