Any console news yet?

Read the title. That is all.

Any information about changes and updates for the game are posted in the News and Announcements section as soon as it is available.

The most recent post can be found here - Message from the Team - Xbox Insider Program and includes information regarding Xbox Insider tests and the news that the teams are working on a simultaneous update for XB1, PS4 and PC.

Dude I need an update soon. I’ve been building my home base for days and now I’m trying to add things in and the limitations for console is killing my build.

An update would be nice. I don’t even want more island stuff right away, just the lag issues resolved as much as possible. I haven’t been able to play for a few weeks now. It got to a point to where I’d have to walk around my island looking at my feet because if I looked up the game became a slideshow. And if I wasn’t in bed by the time the lights came on at 18:03 I had a 50-50 chance of either saving or the game crashing.

This game has a lot of potential though and I was able to make some really cool stuff while I was able to play. Hope an update comes soon. 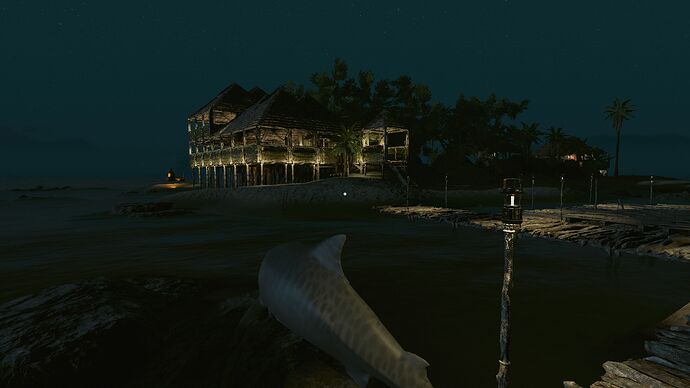 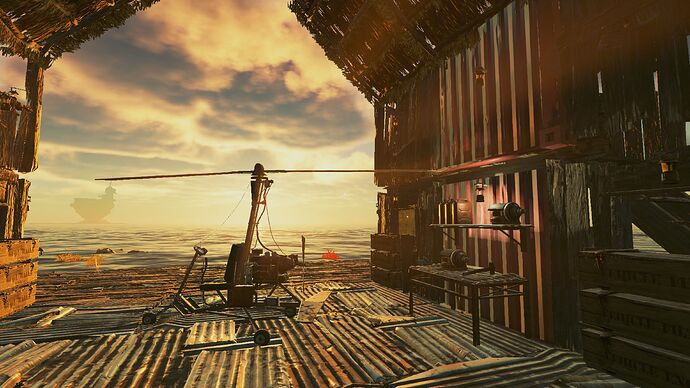 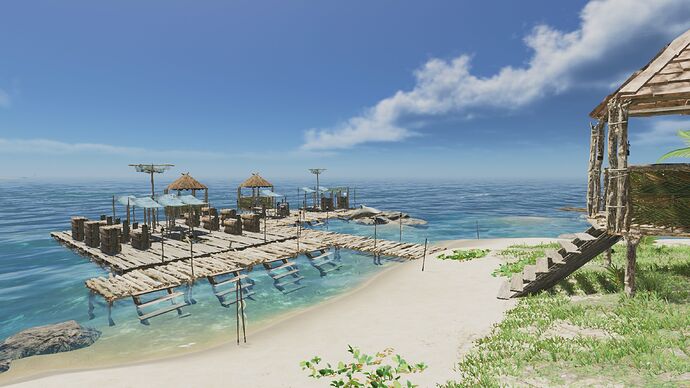 I haven’t played in awhile like months. My game didn’t lag all like that, but I don’t have so much stuff on my islands either. Until they get an update for Series X and PS5, I’m not going to stress things. We all want updates, but I’d rather them bring out something that has less bugs than many then we’ll be waiting for another update so soon. In the meantime, I’m working on the Assassin’s Creed games. I’ll jump back on Stranded Deep when they release the update.

I’d feel the same if the PC version wasn’t getting constant and consistent updates.

It is also receiving more bugs and complaints. Many of the new posts comes from the PC side. Get it right on PC then bring the version with less bugs to the console side

Developers don’t need to give us time frames or anything like that just something.

Please rest assured we are focused on tightening up all versions - PC, PS4 and XB1 - and our plan is for simultaneous updates on these platforms later this year.<- part of the message from the team posted 2 weeks ago. This could mean any time in 2021. So an update is coming, but there is no timeframe yet. Depending on the size and complexity of the update, id be willing to bet the update wont reach us until Christmas. That’s just my guess though.

I don’t speak for all Stranded Deep fans but I do have many years experience with playing online games (yes I know Stranded Deep isn’t online play).

But from my experience getting regular updates and messages from the developers team goes a long way to keep the fans of the game from getting frustrated and keeping them happy.

I for one am looking forward to the future update and hopefully continued and regularly messages from the developers team.

Hi Thunder, I think you mistook Chaos’ response as one from me. The information they quoted is from the link I posted in my first comment above and is from June 10th. I can also confirm that at the moment we don’t have a release date for that update.

However, I do appreciate your feedback regarding communication and shall pass it and all feedback from players onto the team.

Oops you’re right sorry about that. My kids were arguing over nothing again.

Yes more communication from developers is all I’m asking for. Doesn’t have too be every week just more often so us fans aren’t left wondering.
And you’re not being asked everyday either

haha go for it Turbo

(No offence is meant by any of the below. I’m just a disappointed fan)

Personally I think timeframes would help me more than just hearing “we’re working on it” and I’m pretty sure it would help the developers and fans more if they set deadlines. It’s not very productive in any business to work without goals and targets.

@Clare personally I’d much rather have a few small fixes made a few times a year rather than waiting on one major update with no timeframe. The more I play the more frustrating I find the console limitations. I planned my build perfectly, spent hours searching for materials and building, only to find that one of the things I wanted to do wasn’t possible on console but was on PC.

It’s small things that could be updated in a small patch that would be much appreciated by myself as a console player, I can’t speak for everyone of course.

These are small things that would massively improve gameplay for console without need a major update with an unknown timeframe.

I’m sure I’m making this sound easier than it might be but surely a few patches would be easier and better for all rather than risk loser players and fans.

No offense at all. They more feed back from us fans we give the developers the better, it doesn’t matter if it’s positive or negative feedback as long we do in respectful way

Thank you for that feedback, as Thunder mentioned above we really do appreciate all feedback about the game from players so long as it is respectful and the posts adhere to forum rules

As is mentioned in the Console FAQ (and you may have seen me mention it in other spaces on the forums too) - the team aims to port as much as they can from PC over to Console. Sometimes, especially with bugs it can be difficult to estimate when fixes will be released. In the past the details of what the coming update will contain are posted once the update is finalized and submitted to Microsoft and Sony for review.

I completely understand that players would like more information during this process or more frequent smaller updates and I will continue to pass feedback from players onto the team.