2083 PS4 Trophies and airplane parts not being able to craft

Summary
(Please forgive me for doing something incorrectly this is my first time posting something on a form) I was just playing co-op with my friend and i had looked Looked to see if I could craft the plane parts or a trophy and it was locked like i had not done the boss, I’ve only completed the Meg so farAnd 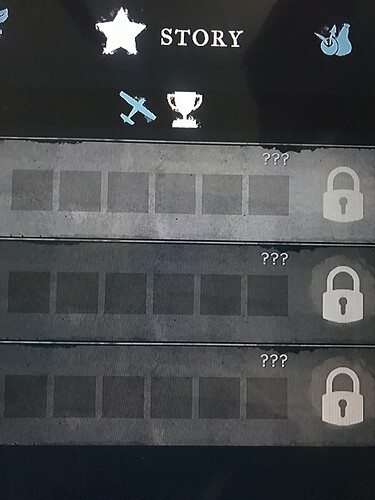 You have to kill the bosses. With each kill you get a plane part and trophee you can mount on wall of your house. Looks kinda cool. There are also extras like food and drink and gas to make plane work. When fighting bosses make sure u have big raft. 5x8 or 9. Make sure u have speirs with rock tip. They seem to work best. When u throw spear run around raft so tentickle and shark doesnt attack you. Boss under water by big boat is easiest

Hi DARTHJAVAGA, welcome to the forums,

I am sorry to hear that this issue is affecting your save, thank you for reporting it and for using the bug report format to do so

There is an issue that the team is aware of affecting the crafting menu at the moment that prevents the story items from unlocking, however some players have found a workaround for the issue - if you use the quickcrafting menu you should be able to craft the items. In some cases you may have better success if you are at the boss area when you try this.

Unfortunately due to the locked items in the crafting menu, this may affect achievements such as “Gotta Craft Them All”. There is also an issue with the achievement “Call Me Ahab” unlocking too that the team were investigating. If achievements are something you wish to unlock, I would recommend returning to the starting island to craft each of the trophies there if at all possible.

I have known issue reports on both of these here if you would like to read more: