[XBox][2104] Some items not registering as crafted 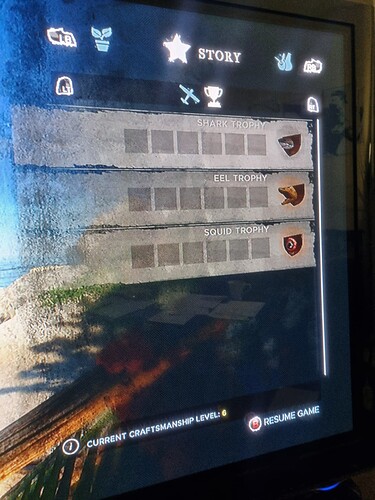 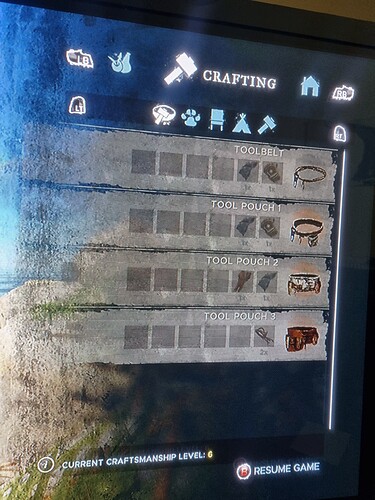 The “Gotta craft them all” acheivement is unobtainable for me :(.
The shelves and hooks being one issue but also it doesnt seem to have registered crafting my first tool belt or boss trophy as shown in the photos above, they still display a grey background ?

Awesome game by the way, thankyou

I moved your post to it’s own thread as it was a little different to the locked story items issue you have posted.

Thank you for providing those screenshots showing the first item in each section is not registering as crafted.

Please confirm for me if you crafted the trophies before the most recent update to 2104, and if when crafting your toolbelt you needed to use the workaround to craft toolbelt #1, reload the game and craft the toolbelt again or if you have had no issue with crafting these items other that they have not registered on the crafting menu.

I know the team were investigating the “Gotta Craft Them All” achievement alongside the various issues with crafting that are affecting it, but I’ll highlight this issue for them so they can investigate further.

If you notice anything else not registering as crafting, please do let me know.

i think it’s just a glitch. sometimes I see a gray background with a shark trophy, and later it shows up with an octopus and the shark is already orange.

Couldn t it be because you have selected that one, that that is why its white so when you stand on shark trophy its white but if you go to eel trophy shark becomes orange and eel white ??

Thanks for getting back to me.

All items have been crafted after the update. Ive had no issues with crafting any of the tool belts.

Its also intermittent on which tool belt and trophy goes grey.

Ive only noticed this on the story items and tool belts so far.

it happens to me the same as you. I noticed this is happening in the farming section as well. the plank garden also changes the background to gray even though I have it built

I hope this glitch doesn’t affect getting the trophy

Thank you for answering my questions and thank you too to @Sepy137 and @Loeckiey for sharing your thoughts.

I’ll pass all fo this onto the team and also ask the team to double check if it could have an impact on “Gotta Craft Them All” - I hope not, but we want to be sure.