Wish we could load our huge rafts with cargo!

I can’t be the only one. Anyone else wish you could throw a shark or two on a giant raft and sail with it? I want to add to my shark collection on my home base but getting Goblin sharks or Great Whites back to my home base is tough!

personally, i’d like a raft structure similar to an anchor where you use lashings to tow large items that can be picked up but not pocketed (like animal bodies, container panels, tyres, barrels), but the devs have said the PC version is now the picture of “feature-complete” so that ain’t happening 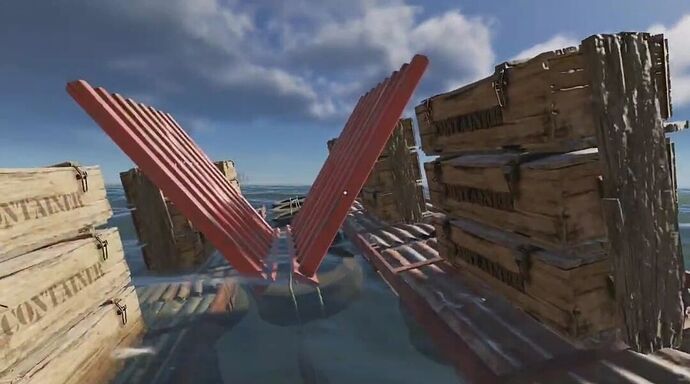 Good to know, I will have to try this again after reconfiguring my raft a bit! I tried putting 3 sharks on my raft and the thing insta-sunk way below the water line lol

oh yeah, 3 sharks are way too many

i managed to do 2 container panels at once but as soon as i put a large crab on there, it refused to budge lol