Until now, when I was building rafts, I made them functional (lots of space for cargo).

However, I wanted to have good visibility while sailing. Therefore, I was wondering if building a raft resembling a catamaran would be a good solution. Middle part 3x9, sides 1x7. I was planning a 5x9 but it’s probably too much due to the controls. Even with 3x9 it is difficult to steer.

I decided that the center is best made of tires, the sides only of barrels. Assuming it helps me avoid bumping into underwater rocks more. 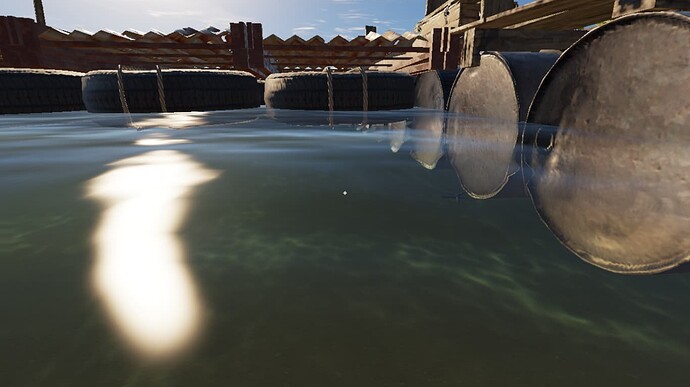 It took me a long time to build. Because I had to search 1/4 of the game world to find enough tires. Maybe I got such a seed, or there are the least tires, I don’t know.

The raft’s behavior is good for me, it is stable enough even in storms. 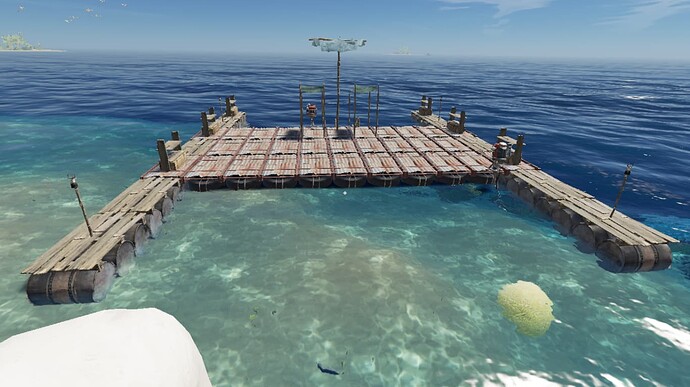 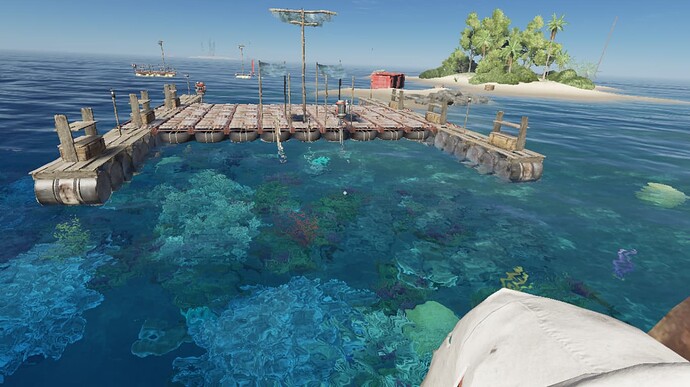 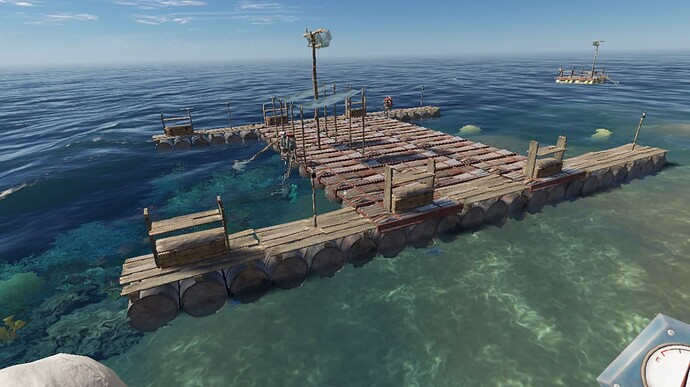 Translation
Google Translate, added by Clare
I made a 9 x 11 raft and sailed 4 forwards and 1 backwards, but it was opening too much while turning, so I put right and left sails to the sides, and I go to the islands as I want.