Seed
Results are the same regardless of which seed I have used.

Settings
All settings are default, and added one custom island.

Steps
Happens every time an animal is killed. Once it is dead on the custom island, it does not respawn.

Extras
-Have you tried reloading your save, game or console?
Yes

-Have you tried clearing the cache of the console by shutting down for 2 mins before rebooting?
Yes

Thank you for reporting this issue to us.

When you’ve killed the wild animals, how long have you waited for them to respawn? If I recall correctly wildlife can take up to 7 in game days to respawn. Does this match what is occurring on game generated islands where animals do respawn or have you found they respawn a lot quicker?

Has this only occured in the latest version for you or have you found it occured before the most recent update too?

When using a custom island as a base island, do you have a lot of structures built across the island? Have you used any custom islands in other areas of the map and found the same respawning issue? I’ll need to check with the team if something placed on a spawn point can affect the wildlife spawning.

Again, thank you for reporting this issue and any extra information you can provide about your experience would be greatly appreciated as it may help the team in investigating and replicating the issue on their end.

I’ve waited a full 2 weeks in game without any wildlife respawning on my island. I have even left the island for a few days and returned without the wildlife respawning as well. On other islands, the respawn rates are the same as I’ve experienced in previous games without the custom island. The only exception I’ve noticed is that sharks seem to appear on game generated islands a lot faster. In less than a day after killing a Goblin Shark, a tiger shark appeared. And less than a day after killing that tiger shark, the music indicated another shark nearby, but I haven’t checked it out yet to see if another spawned with the music change or not.

This issue only happened once before this most recent update, but when I saved my game and came back to it another time, the wildlife respawned after one in-game day.

As for structures built on the island, I have a 4x4 foundation for my house, 8 farming plots in a 2x4 area, and all of the various stations for crafting (loom, tanning rack, smoker, etc). The crafting stations are all on the beach, the farming plots right next to the beach in a patch of grass, and my house foundation is built into a hillside with only 3 parts of the foundation’s floor actually touching the ground, the rest are on stilts above the ground. I generated the island to have 2 large cliffs and they generated side by side near the center of my island.

I did in fact use the same custom island each time when I replicated the issue.

If it could help the team possibly replicate the issue, I could take pictures of the settings I used when I created the custom island, like island size, shape, etc. Also, I could include a list of everything that I added to be generated on the custom island, such as young palms, trees, rocks, shipwrecks, etc.

Thank you for answering my questions and sharing those extra details about your island.

I think it might be worth the team having a look at the settings you used to create the island - as you said this may help in replicating the issue. If it’s not too much hassle for you, screen grabs of the settings and what was selected for the island would be great. Please also let me know what name you gave your island - that likely doesn’t have anything to do with it, but best to cover all bases. If it’s something you’d like to keep private please feel free to DM me the name.

In the mean time I’ll update my report with the information you’ve shared above.

Thank you again for taking the time to share all that information - it’s very much appreciated.

No problem. I named the island “Home” and for the description, I labeled it as “Stockpile”. I took pictures of every changeable option for the island, along with a closeup of the island shape in the cartographer and the current seed number that I am using as well. I hope this helps the team. 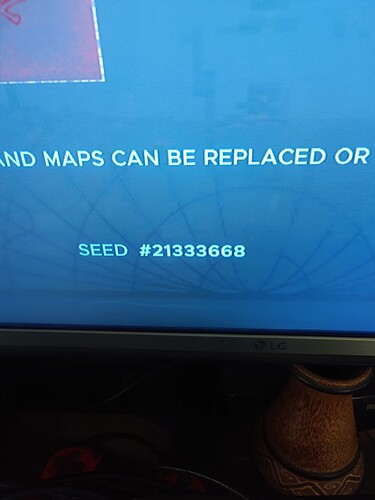 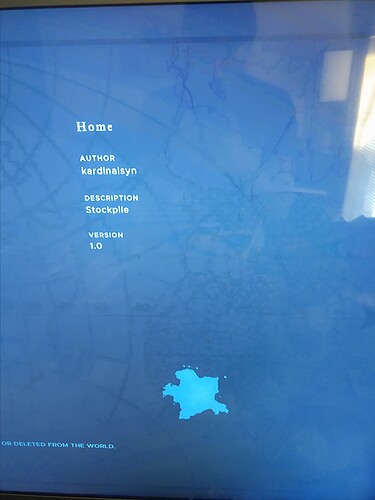 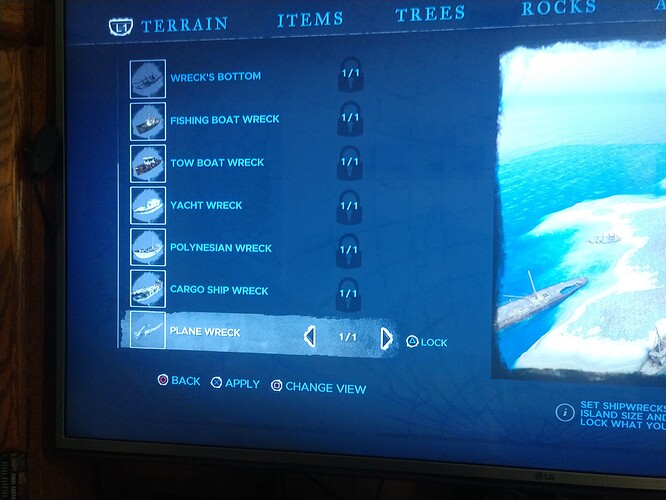 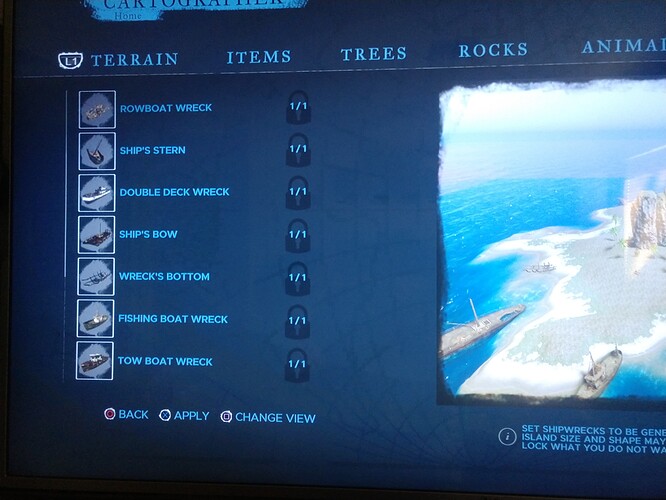 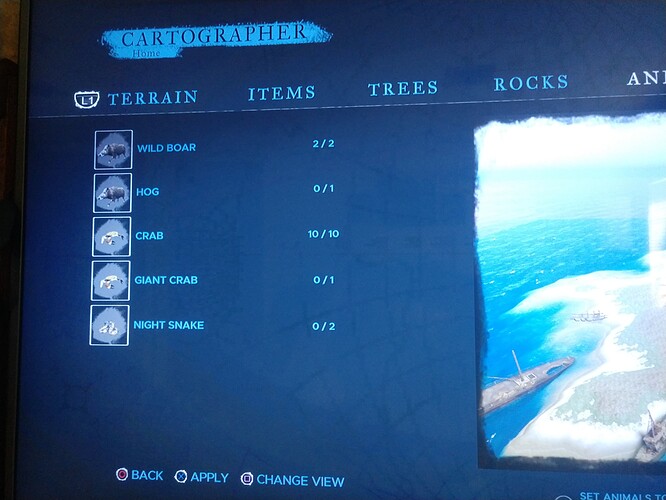 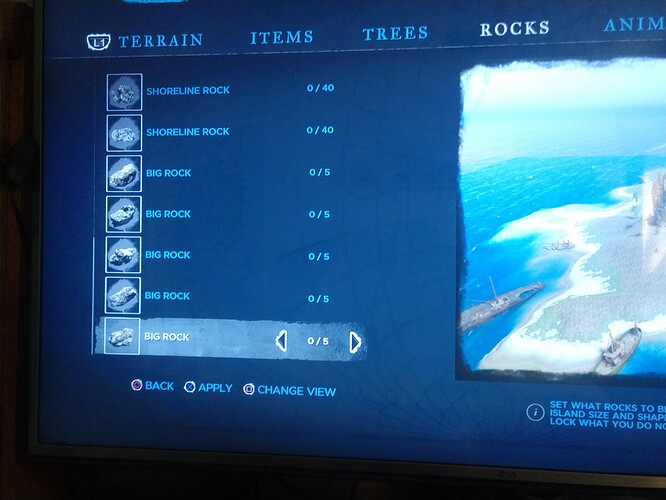 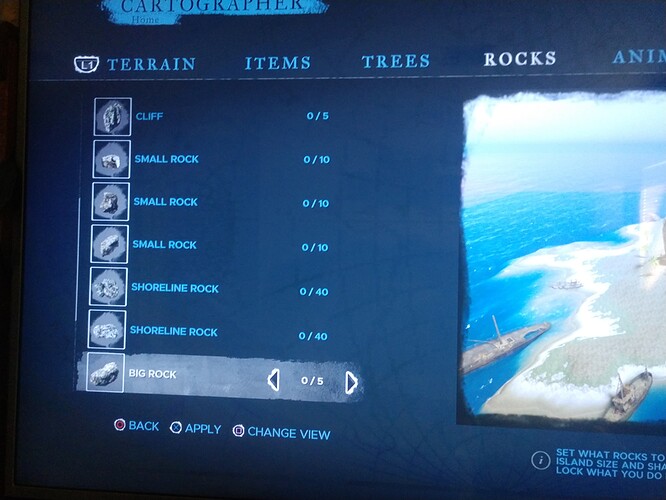 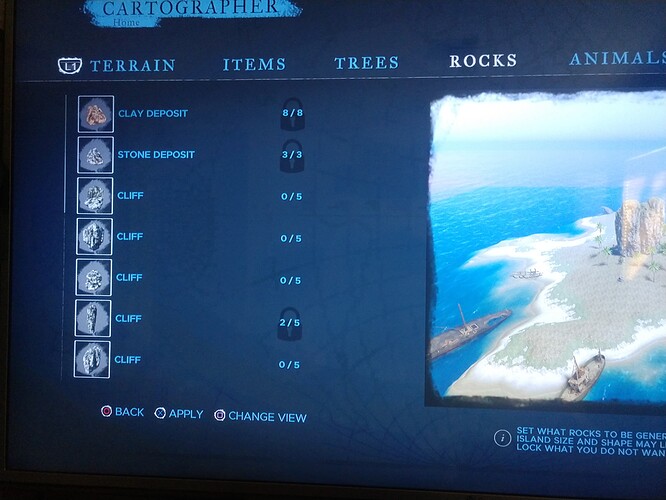 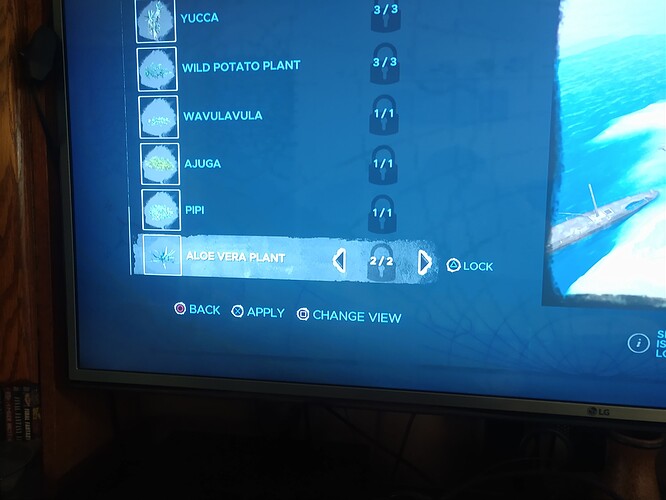 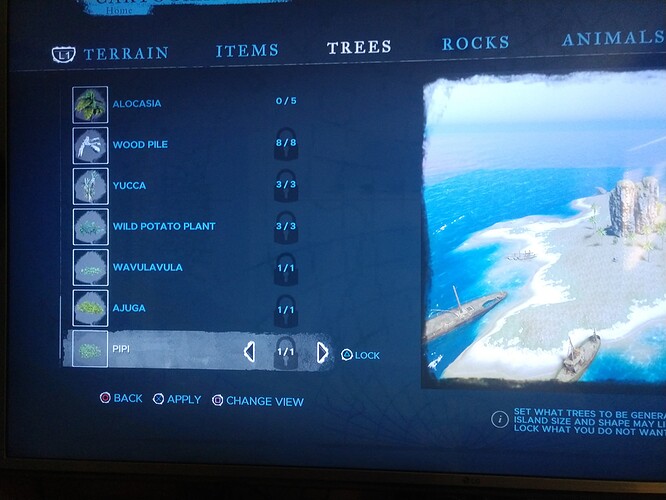 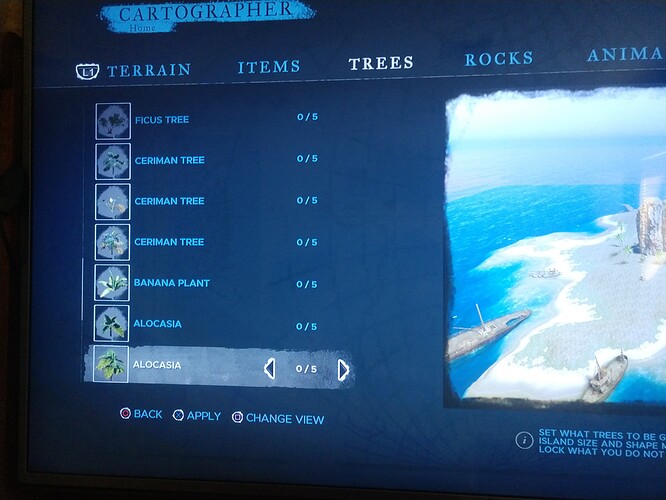 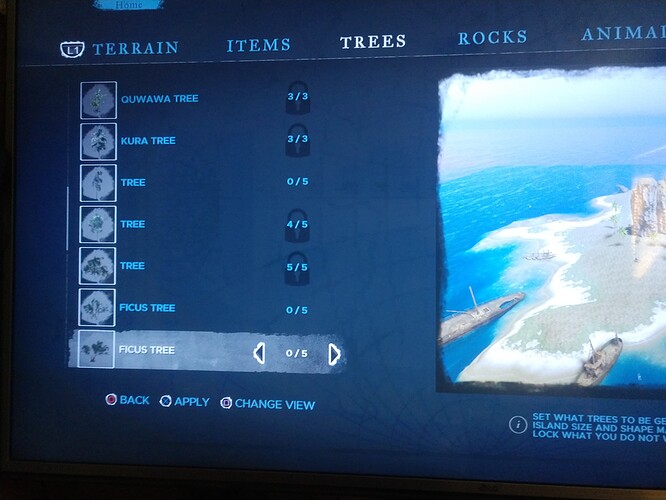 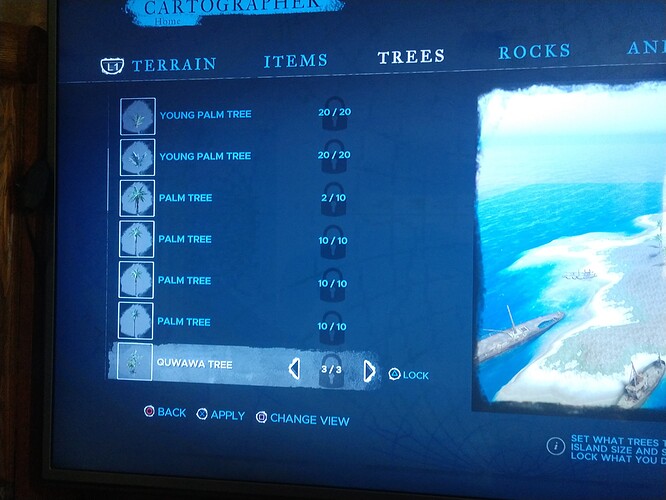 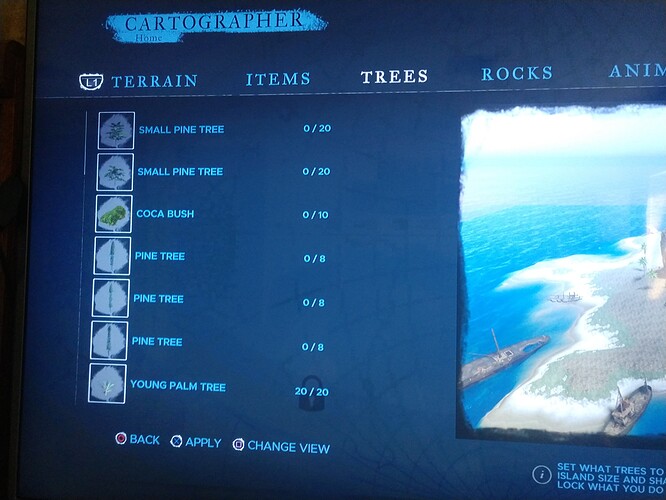 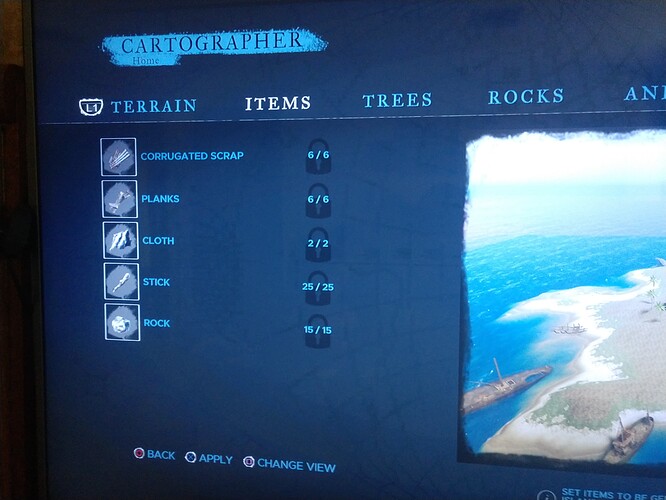 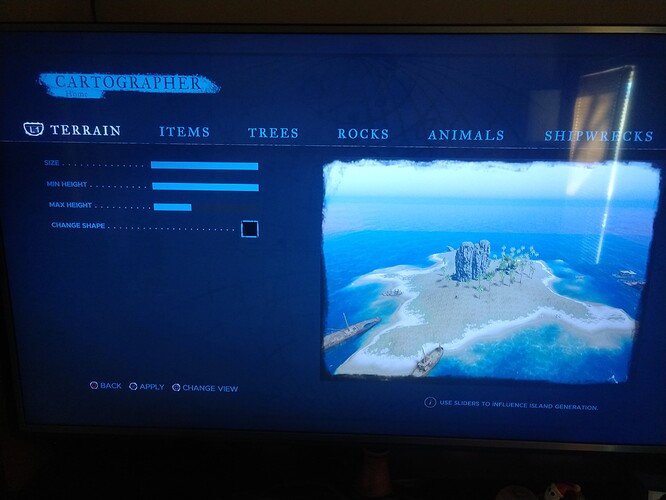 Thank you for uploading all those images for me, that is super helpful and I’ll add all this information to my report for the team.

If you notice anything you believe is not functioning correctly on this, or any other islands, please let me know.

On occasion the team might have a workaround they can suggest, if they do have one, I’ll post it here in this thread.