I’m pretty sure this topic is very frustrating for everyone who plays this game. Its so bad I cant even drive my boat. I had to swim shark to nearby island. 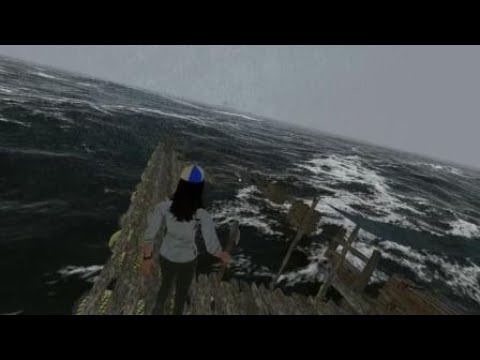 Easiest way i found to haul sharks is to use barrels on the outside, tires or buoys on the inside. The area the shark is placed on should be at last 3×1. 3x3 areas can haul 2 sharks if the entire raft is 5 wide, 7 long. Also use spears to “lock” them in place. Probably not telling you anything you don’t already know, but this is just my experience. I’ve hauled 3 sharks at 1 time with success. But my raft was 9×11

I know different animals carry different weights, same as materials so it can be more challanging to move larger items. This is often by design but I will pass your feedback with regards to the weight of the sharks onto the team as they may wish to consider adjusting the weights.

Thanks I’m just reporting what i see that might be bugs or issues with quality of life for us gamers.

And please keep doing so! I can filter it into Quality of Life or Issue Reports on my end

So are barrell bases more bouyant than bouys/tyre/wood bases?

I thought the difference was purely cosmetic?

That’s what thought. My raft is large with sticks, buoys, tyres and barrel base’s and I don’t any issues with buoyancy

So size of the raft would play a big role as it can spread out the weight in a sense and the raft base parts do have different volumes that would make a slight difference when force is applied. The team also reminded me that everything on the raft also adds weight, so extra sails and containers etc will add up. So a number of factors like these means the designs of different rafts with make their behaviour and handling unique.

For example if you had 4 3x3 rafts the one with an all barrell base will have greater bouyancy and thus be able to have more in it before sinking than the tyres more than the bouys and the bouys more than the wood?

From what I understand there is a slight difference in how they act in the water based on their size, yes. But I don’t know how different they are or if there are other factors for each base part that would contribute to it. So while I’m not sure how much more they’d carry, a different configurations of raft would behave differently in the water. I’ll see if I can find out more information

Awesome to know. I’m using bouys and sticks. I’ll try a different configuration and see if it’s better thanks

I think it is more a problem with the buoyancy of the raft.

For example, on PC (Epic) I have a 7x7 raft, made from tires, barrels, and those yellow floaters. It has metal cover, 4 sails, 2 rudder, 36 racks, 7 lamp poles. This thing is really huge. However, I can’t even safely transport 3 tires or 3 barrels on that raft, without very strange effects for the raft, which causes it usually to change its course in a random way. And 4 tires or barrels is really hard. And transporting a shark is impossible. I tried it a few times with catastrophic results.

In addition to that, there is a physics bug: Any item on the raft which leans against a raft structure (like a pole or container rack or the raft edge) actually pushes the raft into that direction and gets moved by the raft on the same time. This also includes any items which the player holds while standing on the raft. So with a simple item, the player can actually push the raft, while standing on the raft. In extreme cases this can even flip such huge rafts like my 7x7 rafts very easily.

Barrels and wood raft bases are slightly taller than tires or bouys. Barrels and wood also turn slower than the other 2. In my experience, this plays a big role in how much you can haul since bouys and tires are shorter and more submerged. You can test this by making a 3x5 raft of barrels and another of tires, floors on the outside and the center 3 bare. Place a shark on both. The tire raft will be more submerged than the barrels. Try to get a smaller shark or possibly a boar or giant shark for the test. You dont want whatever you place on it to touch the raft floors.

Thanks I’ll try some new ideas. This is what I’m working with atm. I got a 3×3 opening in the middle so I can see the sharks etc as they swim under my boat. I’m adding barrels all around and I can notice that it handles way better than before in storms. 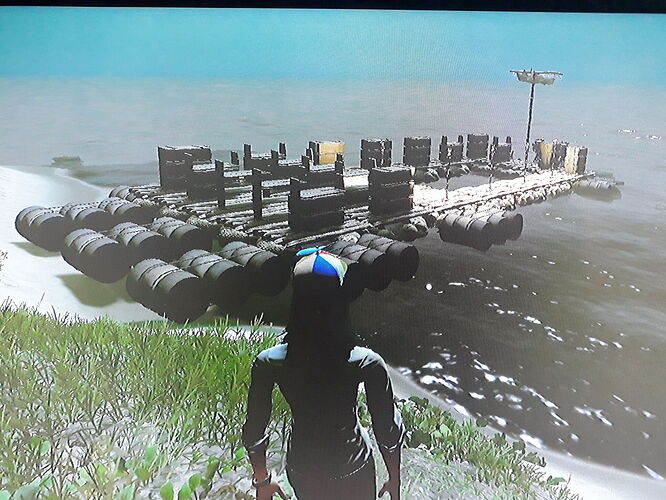 Barrels tend to be more stable, but they can be hard to turn. I wish you well in your endeavors. Stay alive out there.