Tried a couple of play throughs since I’d been hit by the dreaded save crash and cleaning bug. No more issues with that but now I am noticing a serious drop in game performance in later stages of the game.

Play through one I built a large base and stocked island with several vehicles and all of the materials I could scavenge, this seemed to suddenly cause serious lagging and frame rate issues at my main base. Movement on the island felt clunky and slow, travelling to the island caused a lot of lagging, skipping and watching my rafts drop out of sky onto my buildings before jumping their starting place. After reading about these issues probably being connected to the amount of resources I was hoarding I decided to start a new play through and be more conservative.

Second play through involved me only salvaging what I knew I absolutely needed. I built a main base between some cliffs to reduce construction needs, and had 3 separate islands as “staging areas” to keep the few resources and base tech I knew I’d need to build stuff (one for my building/raft materials, one for food/leather, one for gear I need for bosses). Anything I didn’t need id leave where I found it on wrecks and islands. Everything seemed fine until all of sudden it wasn’t. Lagging and frame rate messed up again, across all islands even ones I visit for the first time. Wouldn’t mind but I haven’t even got a lot. Just finished building my main base. I’ve maybe 20 chests of gear across the 4 islands, 1 raft, a barge in progress, clay furnace, leather rack, a couple of smokers and some water stills. Not started farming yet, or even working towards the “gotta craft ‘em all” achievements. I haven’t even built my gyro yet.

I’d also been making sure whenever I saved to properly close the game down, to allow the game to properly “clean” the save.

I’m sorry to hear you’re experiencing issues with lag in your saves. Thank you for detailing both saves and what gameplay style you used in them.

While a lot of loose resources are often common contributors to lag buildup, we also want to investigate any other potential triggers that may occur in the game.

Do you recall, in your second save, if you built anything specific or used any new materials before the sudden lag spike?

Do you drop any items into the ocean to get rid of them?

Please also let me know what in-game day you’re on and when this started occurring for you - both in game and in real life time frame. There was an update on Monday (10th Jan) and while it should not have had an effect like this, if there is a potential link there I’d like to alert the team.

Really bad lag is because of some conflict the game is trying to resolve with you building something you shouldn’t. Back in the day for me it was because of interior furnishings I would build like furnaces in every room, water stills everywhere, etc. I had a mansion where I couldn’t even walk anymore it was so bad. But I destroyed all that stuff and left the building alone and all the lag went away! I think that it does depend on the system you are running. On my original XboxOne, I had some big builds and amassed huge amounts of materials, and had the Frame Rate drop, but the Series X has no problems running anything, no matter how big. Now it happened to me again the other day because of the shelving glitch. I have old shelves on my raft that I only use when going to other islands, but any crates need to be removed before save/exit otherwise we all know what happens. Well I didn’t know this also happens on land, and I built three crate shelves on my helipad (watch my gameplay clip) which was fine until I saved/exited and returned to crazy lag and drop in Frame Rate. Once again, I destroyed the shelves and game returned to normal. I have always wondered when people say the have too many materials, what does that mean? I don’t think it has anything to do with your stockpile, but other things the game is trying to reconcile!

Thanks, yeah I’m aware of the loose items issue which is why I’ve kept everything to a minimum including the number of chests that I’ve been storing stuff in.

I hadn’t built anything specific or used new materials. I was visiting the last two uncharted islands searching for lanterns and last bits of corrugated scrap for my base when I noticed the lag start to occur, it was intermittent at first, and would improve after constructing stuff, saving and shutting down the game. I was aware of the issue relating to dropping items in the ocean so I’ve been leaving unwanted items where they spawn or putting left overs back into wrecks’ searchable lockers. I had at one point replaced an island on the southern edge of the map in cartographer with a custom island, in order to have a new place to source the last couple of lanterns, which I then removed once it had been scavenged.

Currently on day 137 on this one, and I played it after the update because I remember downloading an update before playing.

I also had problems with framerate and lag last year december.
the lag was so bad that the game was barely playable. after some investigation I found that the crates shelves were to blame.
after the reload,unused mostly empty crates lying around in the area had teleported themselves into the shelves, so that instead of 3, 4-6 crates were on the shelves at the same time. after i removed all crates the lag was gone.

Since then I’ve been playing without shelves except on my raft.

maybe it’s your shelves too.
i hope i could help you

I took a video of that the other day, where I left three crates full of clay and they got emptied and duplicated with the shelf holding not 3, but 6 empty crates! 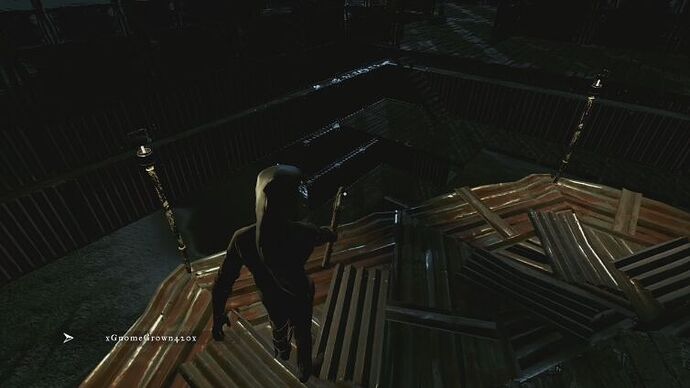 Thanks for the advice but I’m not actually using any crate shelves except for the one that I have on my small raft. Typically I’ve built small sheds on my resource islands and stacked loose chests in those or placed them in visible places on the beach. I’ve not noticed any duplication issues either with the crate shelf on my raft.

yes i only have shelves on my raft too.
but i have to clear the crates from the shelves every time before i save and exit.
But it’s normal that I bring the loot into the base before I turn it off.

on which platform do you play?

Sorry for the delay in responding here!

Thank you for answering my questions @CorvusCorax. Please let me know if the issue with the crates @Nobby and @xGnomeGrownx were talking about occurs with the shelves on your raft. I know you said you haven’t noticed any duplications, but if you do double check next time you’re playing please let me know. I’ll also add a note for the team that this could be a potential source of lag too.

Would it be possible to get a clip / tour or screenshots of your island? I’m not sure what could be causing this issue for you, and seeing your island and layout might help myself of the team with suggestions.

In the past materials used in building affected lag for players too… I know red container parts were one, and some players reported issues with roof pieces made from sticks. But the fact that you noticed this starting to occur on another island is unusually for these types of reports. Would it be possible to get your seed number and the name / location which island in question this started on?