I have tried multiple different ways to trigger this achievement and all have failed.

I have tried having them divided evenly in two “holes” for even weight distribution.

I have tried having them all clumped in together.

I have tried holding the little crabs

I have tried no holding the little crabs

I have tried with fully floored raft

Nothing is working at all.

I have one more thing I am going to kill all the animals again and not skin any of them, I am pretty sure I have skinned the hogs for leather but left the meat, maybe that is causing the achievement to not trigger…idk I’ll let you know how it goes.

@Infinity - thank you for the video - the distance should fine there. You can leave the large crabs behind, you only need small crabs for the trophy. @Lothaer raises an interesting point, have you skinned any of these animals or taken any resources from them yet or would they be considered “Fresh”?

Also, in your vid, are the snakes under the boars and crabs? I know from player reports on interactions in the past that things like standing on a crate causes physics to act differently before you’re no longer on the raft. If there’s anything between the animals and the floor, it might cause issues. Laying them side by side might work a bit better?

Thank you again for the video, I’ll be sending it onto the team as soon as I can and see if I can get any further suggestions for you both!

All set and ready, just waiting on a storm but for now it’s bed time, almost 2am for me. 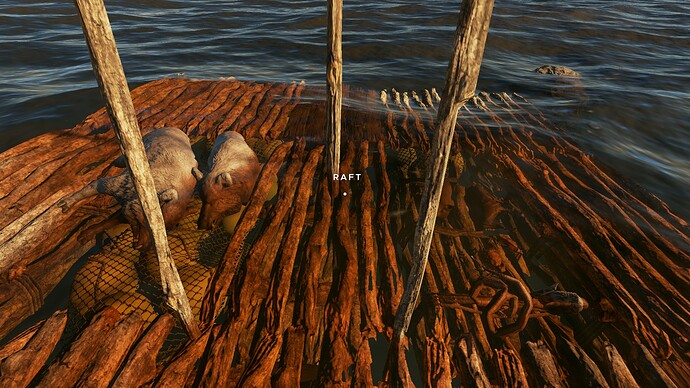 Just a reminder that the original part of the bug stopped the trophy unlocking when sailing during a storm!
I really appreciate you checking this out in your save but omigosh 2am

Please don’t feel pushed to check this - that certainly isn’t my intention but I really truely appreciate you reporting your findings back.

Finally had a storm and it didn’t work.

I don’t know what else to try.

I have tried resetting the cache several times, I have tried placing the animals required in different positions and I still cannot get this trophy to pop.

My only conclusion is there is something wrong with it that is outside player control. 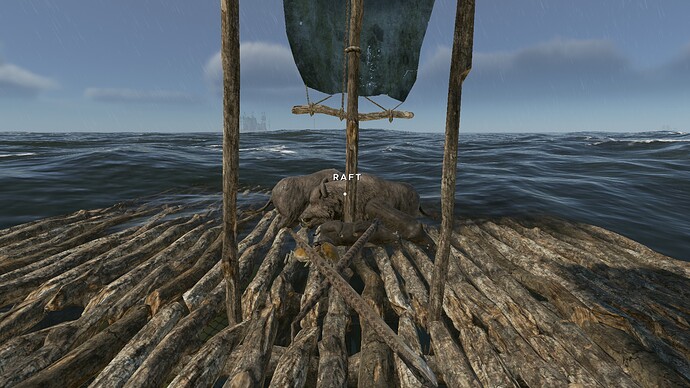 Hi @Lothaer - Thank you for keeping me updated with your efforts. While the original workaround seemed to work for players so long as they sailed in good weather rather than a storm, it does indeed appear that there’s more to this issue than the wrong weather conditions. I’ll update the my report on this issue accordingly with your efforts.

Updated main post with a link to a comment by DragonTech with what weather conditions worked for them.

@Lothaer and @infinity - While I understand it may be tricky to time with storms, please see DragonTech’s comment on under what conditions they unlocked this trophy here

So I just completed the game on my second save and when I checked my trophies it’s telling me I have got Two of Each, I got it 8 days ago but I don’t recall ever getting an alert for it.

Thanks for the update Lothaer, I’ll make a note of potentially delayed/missing notifications

@Clare I saved right when the rain started, tried and it didn’t work, then I quit, reloaded and repeated the same steps and then it worked. So all conditions were the same, including the storm. The only difference was my position on the raft. (and the fact that I reloaded, weird things may happen when you save, quit and come back as opposed to saving and moving on without quitting)

As for the raft… 7 wide, 4 long, mixed materials. Rudder is at central “column”, between 1st and 2nd row (so you stand on 1st row while operating it), animals were in 3rd row (at left and right of the central column, both tire base without a floor), motor is also at center, attached to the back of the 3rd row (4th row has a gap in center). So yes, I was closer to the animals when using the motor (same row).

Animals were killed (but not skinned) in previous visits to the island, they were left there for weeks waiting for the right opportunity. My Achievement Screenshot is not very helpful since I used Large and Small Crabs, so the raft was partially submerged with so many animals

Hi MestreLion - Thank you so much for that update. The saving and retrying is particularly interesting - I shall link to your comment in the original message above as others may find this useful and pass this into onto the team.

. In my life I’ve never seen such a challenging trophy. This game needs a lot of work especially on console. It’s state right now is, THE worst game I’ve ever experienced in my life. While I enjoyed the first few in game days of the game after about 50 days survival the game starts acting as if I’m playing online with 200 players. I’m not a pro when it comes to how games work but I do know that this game should not be a lot for PS5. So I had my home island and started to collect resources (I mean everything down to the last small pine tree and there is nothing else to collect from the island) from all the other islands and bring them back home. When I go home the game freezes for about 20 seconds. So I understand that there is too much things at my island (Plus when I save the game crashes abruptly, this is the worst part where you lose all your progress) leaving you with hours of collecting resources to waste. But a game should not be like this. It should work normally whatever I do. The game too becomes too repetitive especially on console where you can’t have caves to explore like I saw on pc. That’s my experience.

Now down to this epic buggy trophy

While I read a lot about this trophy and a lot of people did it differently, In my experience when I got it I realized something, First of all I was waiting for a storm for 30 in game days (which is about 20 real minutes per game day =10 hours) (plus all the load and try again as I didn’t complete it in 10 hours it was 4 days) When finally I got the storm to start I immediately saved. This is when I sailed to an island on the edge far from the middle where my home island is, that’s when the long waited storm came, as if the storm needs a lot of memory and my full of stuff home island was stopping the storm from starting.
So that theory was correct, after I saved and continued to try the trophy on the raft it didn’t pop. I reloaded to right before the storm starts, and I though let me grab the large crabs maybe that’s what I need, so I rushed to grab the first one and as soon as I got next to the raft with the giant crab grabbed the trophy popped

. I wasn’t even on my raft neither sailing. Maybe because the raft was a bit far out at sea not on the shore. Plus giant crabs are surely not needed as my trophy popped when I tried to put the first giant crab.

I had: 2 Hogs 2 Wild Boars 2 small Crabs and 2 Night Snakes. Just in case in my inventory I had 2 Bats and 2 Seagulls. So reloading seems to fix the trophy not popping. Reloading for the game it means start afresh no memory.

Sorry couldn’t share the video for sone reason, it’s not allowed. Another note I forgot, that certainly raft build is not the issue here. You can build any raft as you can get the trophy by just getting near the raft. If you do exactly like I did. Reload right before storm and go near raft, if doesn’t pop, retry…reload… Be sure that you leave your raft anchored a bit out at sea not on shore. So the trophy will pop right when you get next to it.

Hi TroyGODofWAR, welcome to the forums,

Thank you for sharing your feedback regarding the game and the issues you are experiencing.

Regarding the drop in FPS and crashes when saving, this is an issue the team are aware of and I will add the details of your experience to my report on this for the team.

If there are any other issues you wish to report outside of the “Two of Each” Trophy issue, please create a new Bug Report and I’ll respond as soon as I can.

For the “Two of Each” Trophy, thank you for describing issues you had when trying to unlock it, followed by what was occuring in game when the trophy eventually unlocked for you. I will share this sequence of events with the team.

I can confirm that the design of the raft should not be an issue, but if the raft is large and the creatures are all too far away from the player (opposite ends of a very large raft) it may not unlock. However it is interesting that the trophy unlocked for you when you were close enough without being on the raft itself, I will mention this to the team also.

Also, just so you’re aware for future reference should you wish to upload videos, we only host images directly on the forums, but the forums will accept links to youtube videos or other video hosting sites.

Thank you again for taking the time to share the details of your experience with us.