It would be interesting to look at the map without having to leave the game. It would be more practical to have a map to map all the islands already explored by the player, enabling a greater use of explorations 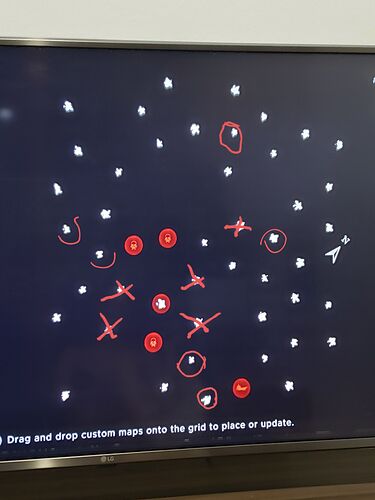 Welcome to the forums and thank you for your suggestion.

I have edited your post to have an english title and appreciate you writing the main post in english.

I would also be great if the orientation of the map had North at the top rather than off to the side.

Are thinking a paper style map that you can somehow update or a mini map?

The idea of a paper map that you can look at and update sounds neat but I think a mini map would defeat the purpose of the game and the compasses that you can find and use.

With the paper map idea, you could even give players an interface to draw the maps themselves. Thus allowing for a certain amount of inaccuracy that existed when maps were hand drawn.

I agree. A paper map would be invaluable for keeping track of things as it’s so easy to get lost when the islands are basically identical from a distance which makes travelling off-island a risk. Maybe a paper-style map item that can be crafted designed to resemble old shipping charts and the islands show on the map when the player explores them.

Commonly, though usually in the form of a minimap, the map would be ‘fogged up’ when the player starts and as they explore it’s unlocked. Assassin’s Creed games use viewpoints to unfog areas. This would also encourage players to explore more rather than put them off as risk of getting lost easily without some elaborate system.

There is already a smart watch in the game… why not add GPS functionality to it where the player could save GPS coordinates and then at least have a directional arrow that help the player navigate to previously saved spots from the current location?

A simple way on PS4 (don’t know xbox buttons) is to use the touch pad to bring up a map or mini map. That map would also show which islands have been visited.

I’m playing on PC so maybe a key to trigger it for this platform also? M?