[Epic][0.76.01][house building] structures with both squares and triangles can't be build properly

Summary
Structures with both squares and triangles can’t be build properly, because most of the time the game refuses to place the triangles which fills the gaps. I tired to create the structure with bricks. I don’t know if other materials are also affected. An example is given in the screenshots.

However, there is a glitch which allows to avoid the building restrictions.

Settings
Every single graphics setting was changed to the highest available. Anti-Aliasing is TXAA.

Steps
Try to create a landing platform, with a hexagon in the middle, which is made out of 6 triangles, and a second ring made out of 6 triangles and 6 squares. Start with a square segment of the outer ring. Almost every time, when a triangle was placed, which would connect at two different sides to other elements, the game showed it in red, and refused to build it.

I was able to build it only by exploiting a glitch. If you select the structure to build, look in the sky, and quickly turn to the position where you want to place it, it is shown for a split-second in that position in white, before it turns red. If you click exactly at that moment you can place the structure. But it might take up to 100 tries to do this.

Screenshot, with illustration of the build pattern: 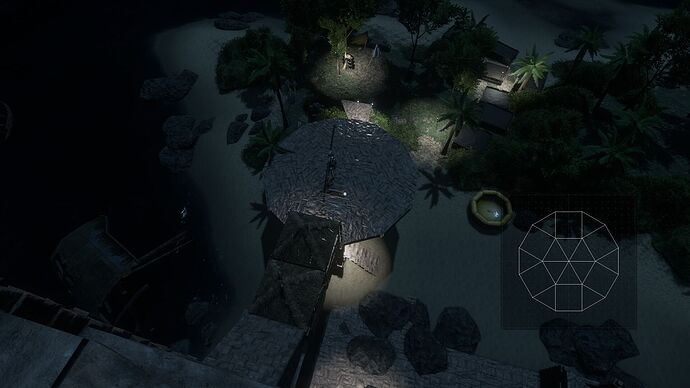