Am I alone in thinking the sometimes bizarre glitches make this game even more enjoyable?

…except when you have to drop out and rejoin 3-4 times to fix them.

I call this series of screenshots “Dude, where my raft?” 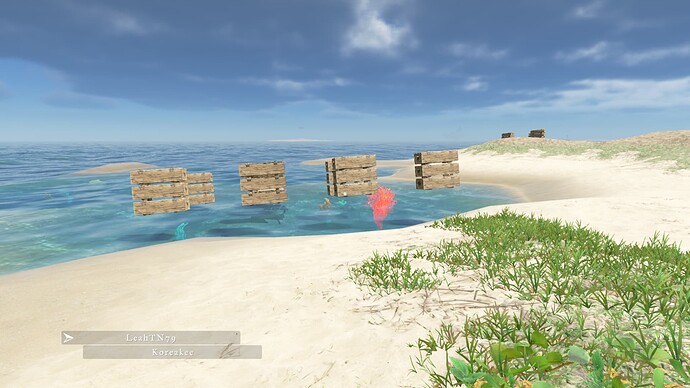 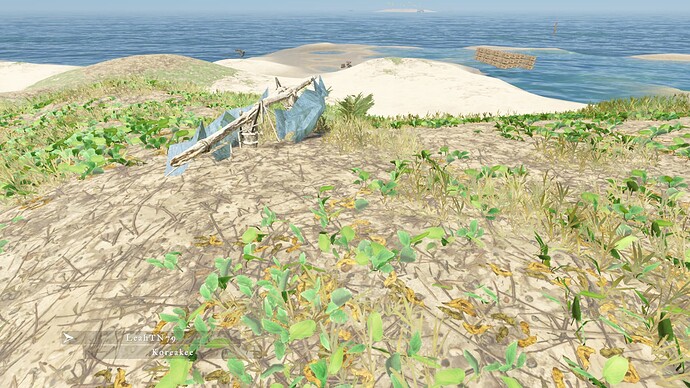 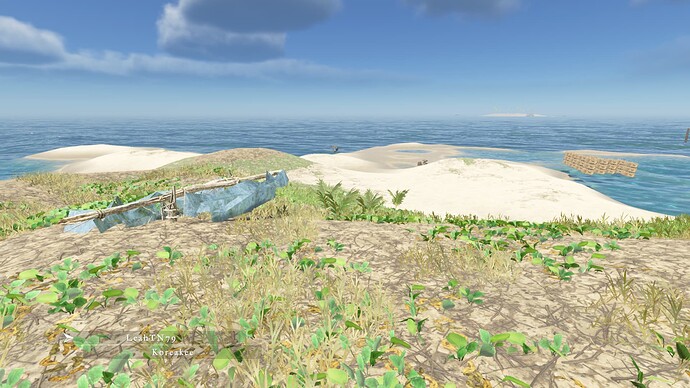 While I’m glad you’re able to see the enjoyable side of some glitches, I’m still sorry this happened. Was this on reloading? I was actually updating a report related to this yesterday, would you mind if I link this thread and your images even though it’s not a bug report?

I also appreciate the title of the screenshot collection

Yes, please feel free to use them.

Yes, it was on reload. When we play co-op, it gets gradually more out of sync until the point when it finally kicks me out. When I jump back in the first time, crazy stuff like this happens. The second and third times, I’m usually partially fixed, but I’m still seeing ghost items jump out of boxes, the boxes appear empty or strange things like the entire floor of a building is gone or furniture is on the roof (see photos below from last week). The 4th or 5th time is usually when it loads correctly. We go through the same multi-load cycle when I join my husband’s game after he’s been playing without me.

I’ve pinpointed faulty positioning as being one of the regular occurrences when the sync issues escalate. Items might be there, but I might see them in a completely different position or orientation than my husband. I’ll see if I can get some screenshots while we are playing tonight.

(Yes, there are a lot of items in the screenshots, possibly contributing to the sync issues, but we’ve experienced them even on new games with relatively empty islands.) 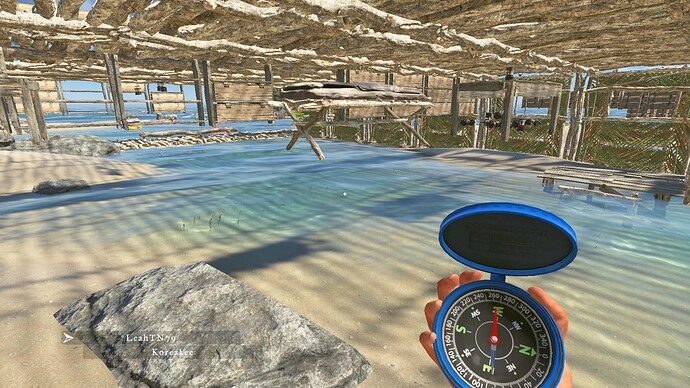 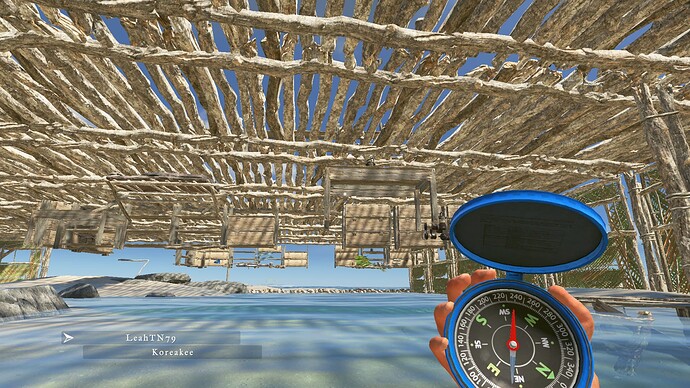 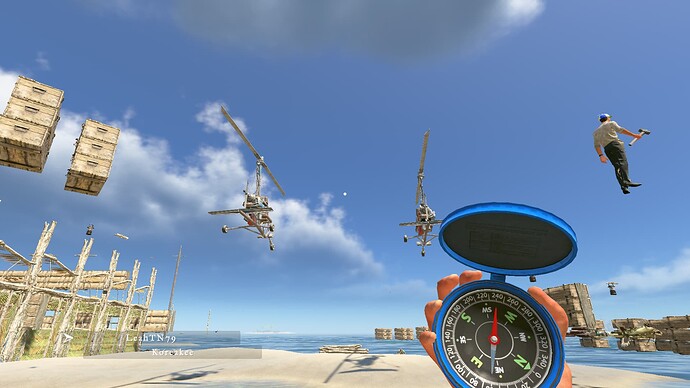 Some examples from tonight. These all displayed correctly on my husband’s session. I was playing as P2.

Also, we had way too much fun building a ball pit. 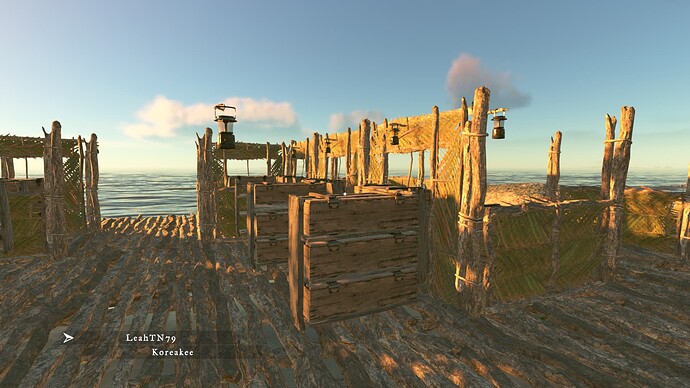 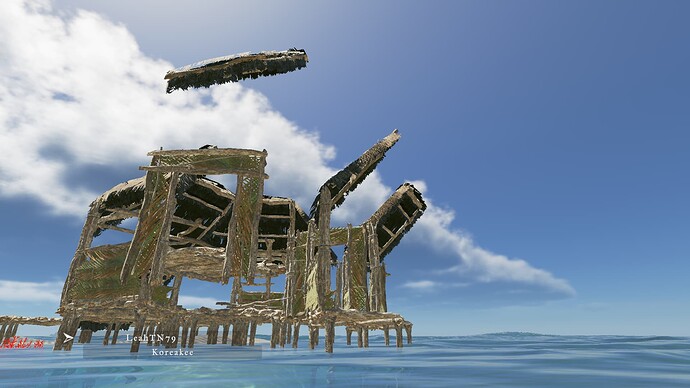 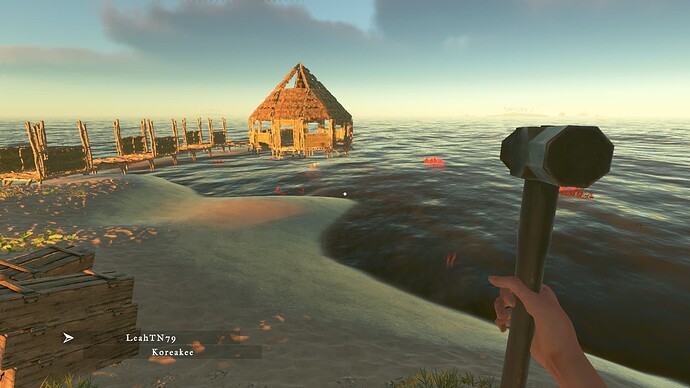 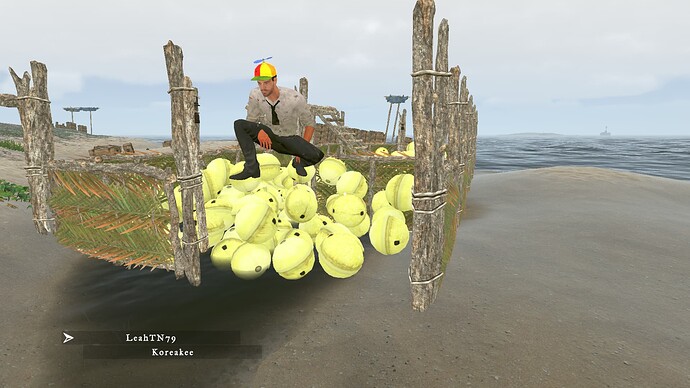 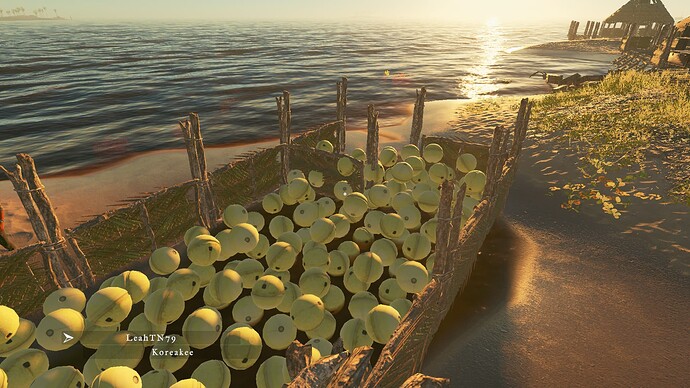 One of the more fun glitches… The infinitely multiplying sunscreen. 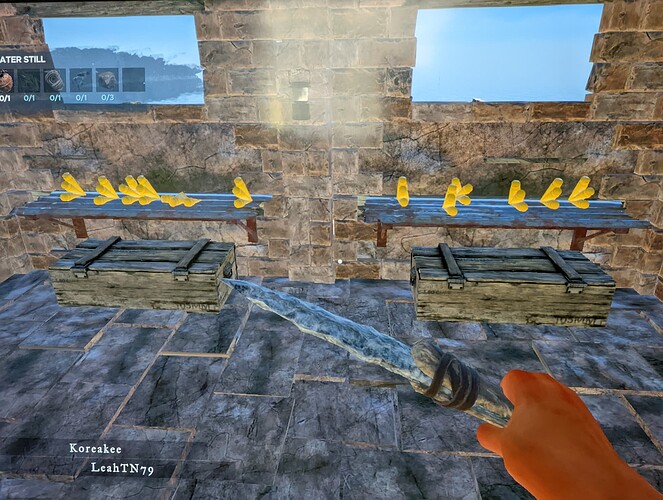 How do you actually do this lol or isit just random ??

The sunscreens multiplying are pretty consistent. Some other things multiply here and there, but they are more random and tend to happen when P2 gets booted.

Thank you for all that information LeahW. I will add this info to my reports for the team. I have a few different reports for issues but knowing what overlaps for you may also help the team to track stuff down - especially if there’s a single root cause. The one that’s really baffling to me is the roof pieces appearing at the wrong angles but in roughly the right positions.

Thank you so much for sharing all those screenshots! They’re very helpful for the team so they can see what they’re looking for in the glitches described by yourself and others with similar issues.

I’ve only seen a report of the sunscreen duplication before - understandable, if the issue is beneficial it won’t be mentioned often by the community

No idea if it may cause it’s own issues down the line but from what I can tell it involves placing sunscreen in the open and simply saving and reloading. In the original report I saw they were placed on a table, so I’m not sure if it happens on the ground or not.

I can confirm it also happens on the ground.

The same glitch happened to me about a month ago - I told Clare about it - my whole castle sank into the beach, and swallowed up my whole foundation and raft! Left all the hanging lanterns just floating in midair. The whole structure is glitched and indestructible. Totally gamebteaking glitch on day 487! 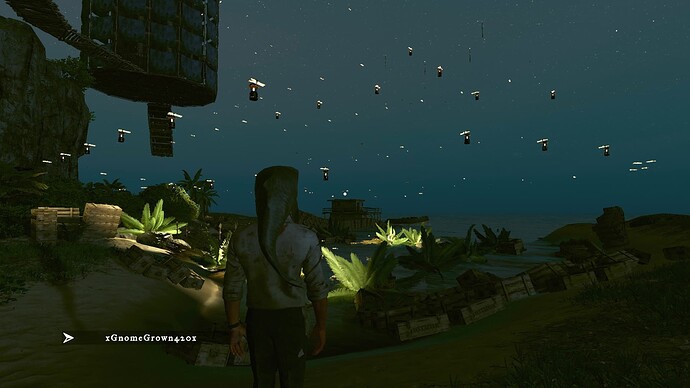 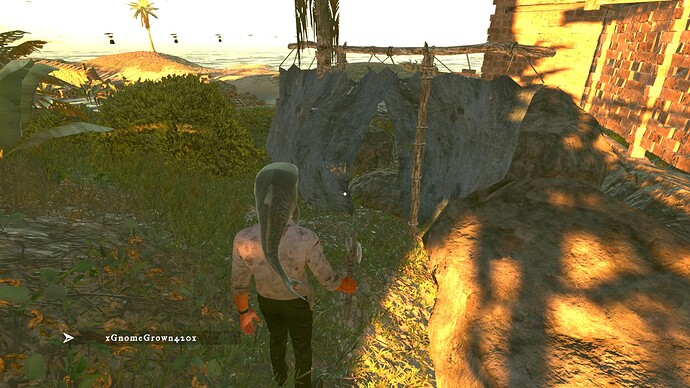 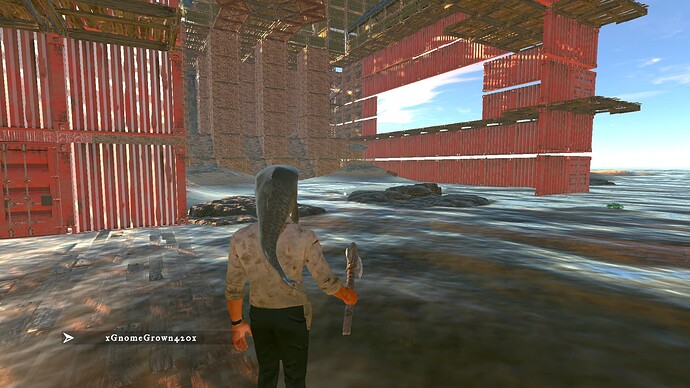 Did you try backing out and reloading several times? It sometimes takes 3-4 times, sometimes more, but it eventually works itself out in my experience

Hi @xGnomeGrownx - thank you for sharing those images here - I was actually just thinking about your issue when reading over LeahW’s report and how it was likely the same issue but on a much much larger scale.

I’ve added LeahW’s details to the report I’ve submitted for your issue as I believe they’re connected.

I remember players mentioning rafts or smaller items being teleported in earlier versions, but this seems to have a bigger effect on items.

Did any of your items pop back since you reported this as LeahW mentioned in their comment above or did everything remain sunken for you?

I have reloaded this save many, many times in hopes it would “snap” back, but it never loaded correctly again.

I’m sorry to hear than xGnomeGrownx

Thanks for letting me know