I’ve played 100 ingame days and only encountered 2 snakes, for example if you kill the 2 big crabs on a big island but it gets late and wait until next day, there is a good chance that all the other animals are gone!
I have seen several times small boars walking or hanging in the air (first day i arrive) and then they fall into the sea!
1 of the snakes i attacked with 1 crude spear (throwing) start turning around in circles and then flew away in the shallow water and turning around in circles underwater there!
Also sometimes when I throw a crude spear at a wild boar it runs to middle part of island and than disappear with all other animals! and when he attacks or (runs away) he also lift off the ground a few meters just like all other animals.
(Have seen pics off other ppl finding wild boars, little boars in sea, also big crabs hanging in the air and more crazy stuff going on!)

I also noticed that the seaguls, bats, … only came to my starter island (maybe also to the nearest islands around the starter island not sure anymore) but not on the further islands, and the small crabs not really spawning back, mostly 1 spawn back on land (was always hanging on my pile of coconuts

and 1 in sea (even on starter island).

Sharks clipping through low water sand texture but also clipping alot through the character himself in open water without damage and seen a few 360° shark dances also.

Seed 4388744 I doubt this is a seed problem because i seen more people with this problem!
this bug probably started after they fixed the interaction bug. 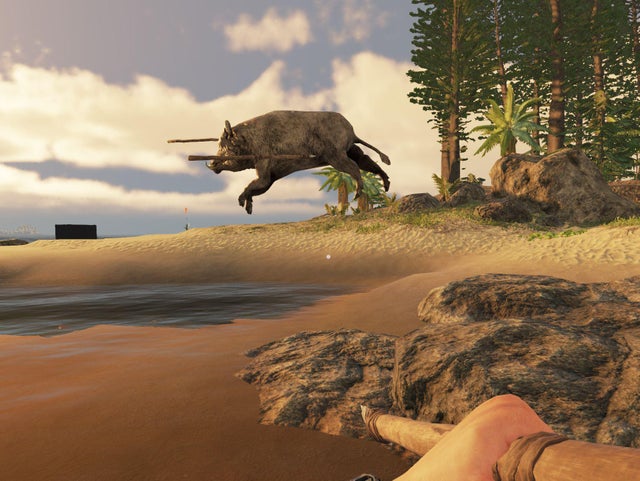 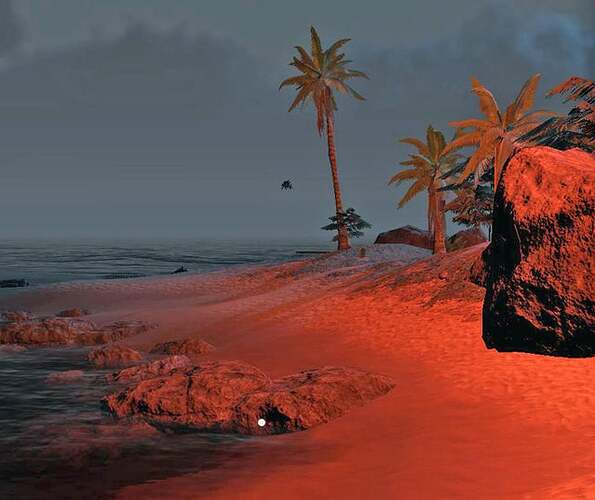 r/strandeddeep - Finally some pictures of what is going on. Climbing a rock...