I am sure its from the devs trying to fix other issues and making it a more open world game but i have noticed a huge lag and freezing with crashing the odd time if i dont shut down every few saves (even lags on a fresh reload). This is a problem when on a neighbouring island to my home island or “A Way Out” , basically if i can see the the extra graphics of the other island it lags as bad as 2 updates ago. This is a save file i started after the last update before this one.

Thank you for reporting what you are seeing in your current save, I’m sorry to hear that you’re finding this lagging and crashing is occurring for you. The team aim to improve gameplay as patches roll out (some under the hood items are not always included in patch notes) and I greatly appreciate you letting me know what you are seeing. I shall pass this onto the team.

To clarify, when you say “Shut down” are you referring to the console as a whole or just exiting the game? and would you typically sleep the console with the game running between gameplay sessions? Would you be able to estimate how long overall you play for in each gameplay session?

Lastly, though the save is relatively new, would your home island have a lot of loose resources or structures at this stage or is it fairly minimal?

Typically I play 2 or 3 hours a day after work and most of the weekend (great vacay when i cant travel) as for shutting down its both when i shut down just the game and reload as well as even when i had the ps4 shut down since 8pm last night till 5 pm today (21 hours) and fresh start ( i NEVER put the ps4 into rest mode) it does it. I just started and was on a nearby island to my home and it started lagging almost right away, not alot but enough to know it shouldnt be but only when my home island comes into view, but to be fair my home building is higher then the tree tops so i can see it better. Also I the only loose resources i have are a few giant crabs everything else is in crates. Here are 2 pics of my home 1 with binoculars 1 without 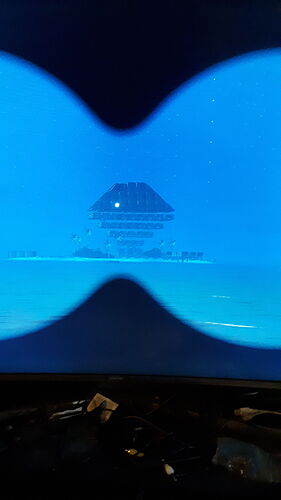 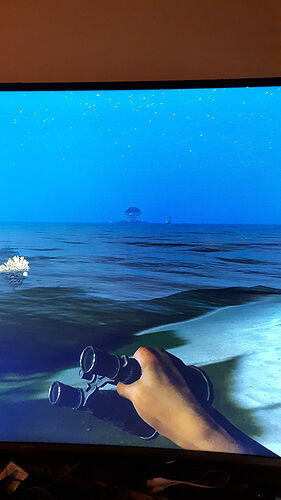 ok, so… after my previous reply i thought about it and went back to my home island which did not freeze or crash as bad as when i was at my neighbouring island. I did scale back a bit by removing the interior floors so as not much graphics to try to load and this did solve a lot of my neighbouring island from freezing. Hope this helps others and the beam team as they move forward with this game. Personaly i do not think this is the right time in game development though to test out open world development (where the whole map loads at once instead of one island at a time (when only your home island froze when approaching as apposed to everything freezing just cause its in view)). But i could be wrong and its unrealatable. As always thank you Clare for taking your time.

Thank you for those details and the shots of your base. Though a lot of your loose items are kept in crates, a structure of that size would increase the change of lag especially as it’s loading in when you’re traveling towards it - it’s a very impressive build too!

Thank you for the information about removing inner floors etc from the build and I’m glad it appears to have helped. It’s interesting that it was having an affect while you were on the neighboring island. I’ll pass this info onto the team. In other reports I’ve read on this issue the lag is usually reported by players who are on the same island as a large build or loose items.

As you continue on with your gameplay, please let me know if anything changes or if you experience more lag spikes.