[Known Issue][PS4/XB1] Stuck in "Cleaning Up" phase on load

Comments that break the forum rules require moderator action. I have no problem with players providing postitive or negative feedback about the game. But insults and accusations about the team/staff/devs and their intentions are against the forum rules.

@Charlie1992 and @Aiden I moved your posts here because they were bringing the other thread off topic.

Thanks for all your hard work clare

This is really an absolute cheek. After I have waited for weeks for the correction of the interaction problem. Now you tell me that I can completely forget about my save. What did I pay money for the game. Just so I can experience your mistakes.

A post was split to a new topic: [PC] Cannot load save

No update here still 2074 and unable to load past the title screen. When are we suppose to have the newest patch

I had the crash when saving with the new update too. Tried to load and had stuck on clearing up also. The first thing I did was restore the cloud backup (automatically does this if you have PS+) and all is well again. Future saves crashed until I restarted the console and now all seems OK. So to sum up, restore from a backup (if you have it), restart the PS and crack on…

I’ve been playing games for over 35 years on most platforms going, but not seen bugs like this on a full retail game in a long time. I think this is a case of a too smaller team with ambitions above their capabilities. The game is quite satisfying when it works though…

This right here is the fix! I’m on PlayStation and have PlayStation plus. Just download your save data from the cloud. Restart PlayStation then happy hunting!

Not going to work I’m xbox

Just be patient and play a diffrent game in the meantime.
You wanna blame and get angry at somebody well it’s Microsoft.
Because they gotta approve the update - this was already explained by Clare.
The whole QA and the companies giving green light on the patches/updates.
You don’t like it then stop playing or switch brands, games or be productive with your time.

They can do everything you suggested, as long as they get a refund. Period. We pay for a product, and the product is defective

Holding off on closing this thread as players have reporting this issue occuring in version 2074 and the team are continuing their investigation beyond the recent update.

A reminder to please keep this thread on topic and respect the rules of the forums.

I haven’t had the cleaning up bug so I can’t do any testing myself. Has anyone tried replacing an island in the cartographer and then loading the file? Or does the problem start before thats an option?

All our existing saves affected are now corrupted?! 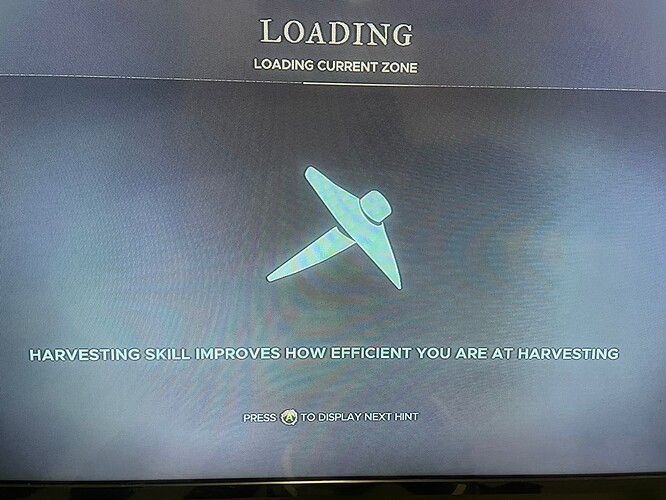 The fix that was released in version 2074 was designed to prevent further issues of being stuck in the “cleaning up” phase but could not restore already affected saves. As other players have reported the issue occuring after version 2074 the team are reinvestigating the issue.

As your save is stuck on “Loading Current Zone” there is a chance that something else is causing this. Would you mind creating a separate bug report with as much info as possible about what occurred in your save before this happened? I’ll be creating a separate report for the team on this.

@Jd2010 Your comment was flagged as off topic by other members of the community and this was agreed upon by moderators. I’m sorry to hear you have lost your older save, this is deeply regreted by the team, but please keep forum posts on topic and make sure they keep to the rules of the forums - calling out moderator actions in threads and reposting the same comment goes against those rules, if you have an issue with moderator action in future you may DM to address it or request a review.

Hey I’ve got a similar issue where I saved the game at the tent and it crashed. After that happened I relogged in and the game file gets stuck at the loading screen on “cleaning up”.

I’m scared of losing my progress so I waited till yall sent out that bug fix patch. And got it put on, but I’m still having the same issue where it gets stuck “cleaning up” should I reinstall? Will I loose my progress? :’(